A documentary that reveals the contradictions of the Brazilian prison system from women’s perspectives. The film shows the harsh reality of prisons from current and former inmates, women that work in the prison and criminal justice system, researchers and activists. It also presents alternatives, including cooperativism and entrepreneurship behind and beyond prison bars.

From the perspective of women, specially female inmates who end up suffering doubled prejudice for having a criminal record in an extremely chauvinistic society, the women in this documentary help us better understand the drama of mass incarceration and how “the war on drugs” has been furthering the power of criminal factions in Brazil. 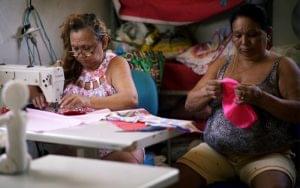 Inmates work in the cooperative of Ananindeua, Pará 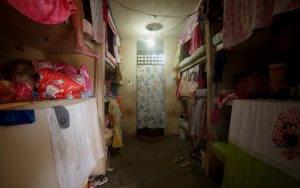 This is a 6-minute video the received the 2017 Nelson Mandela Award from the UN, and it served as a starting point for the 25-minute documentary “Weaving Freedom”.