A comparative study about the level of civic-social engagement and participation of citizens in seven countries in the American continent. The study is based on a set of indicators collected by several research institutes. The data collection work and analysis were developed by The Economist Intelligence Unit (EIU), based on their own methodology and the approach developed in partnership with H360, EIU and a panel of guest specialists. In its first edition, launched in March 2018, the following countries were included (listed in order of most engaged to the least): 1st USA, 2nd Chile, 3rd Colombia, 4th Mexico, 5th Brazil, 6th Guatemala, 7th Venezuela.

To research the legal environment, real conditions, and the perceptions of the population in regards to the exercise of citizenship in seven countries in the American continent. Having the research results being shared by the media, educational institutions and at events is an instrument to encourage people to think about participation and citizen engagement. 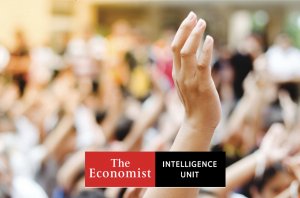 The video below shows how to use the research file that contains all the data of the project.