A platform that is accessible through the internet that allows one to see, in a 3D, a map of criminal networks in several Latin American countries that were involved in the Operation Car Wash. The platform, developed by the Vortex Foundation in partnership with H360, combines detailed data collected from judicial processes and data visualization tools. The platform allows one to zero in on individuals or institutions involved with the scandal, tracking their connections and financial transactions, influence peddling and other illicit activities.

Offered by H360 and the Vortex Foundation as an investigative tool to public prosecutors and journalists from several Latin American countries, the platform allows one to identify criminal connections that were not evident before, thanks to the innovative data visualization interface. The platform is helping to shift the concept and the way we combat crime by revealing that criminal networks are not as separated from society as they seem, but they are structures that mesh with governments, companies and public and private institutions. 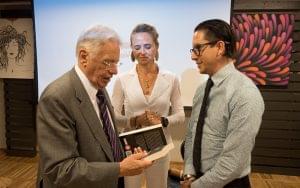 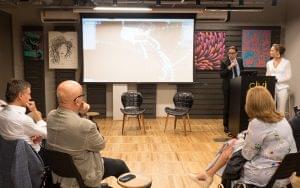 “The “Lava Jato” Network: Corruption and Money Laundering in Brazil” (The paper done by the researchers from the Vortex Foundation that gives analysis on the research results.)

“Macro-Corruption and Institutional Co-optation: The Lava Jato Criminal Network” (Link to Amazon for purchasing Eduardo Salcedo’s book about the project done by the Vortex Foundation in partnership with H360).

“Lava Jato Colombia” (Link to download the study of Eduardo Salcedo-Albarán and Luis Jorge Garay-Salamanca about the structure of the Lava Jato investigation in Colombia, with support of Vortex Foundation and Proética)